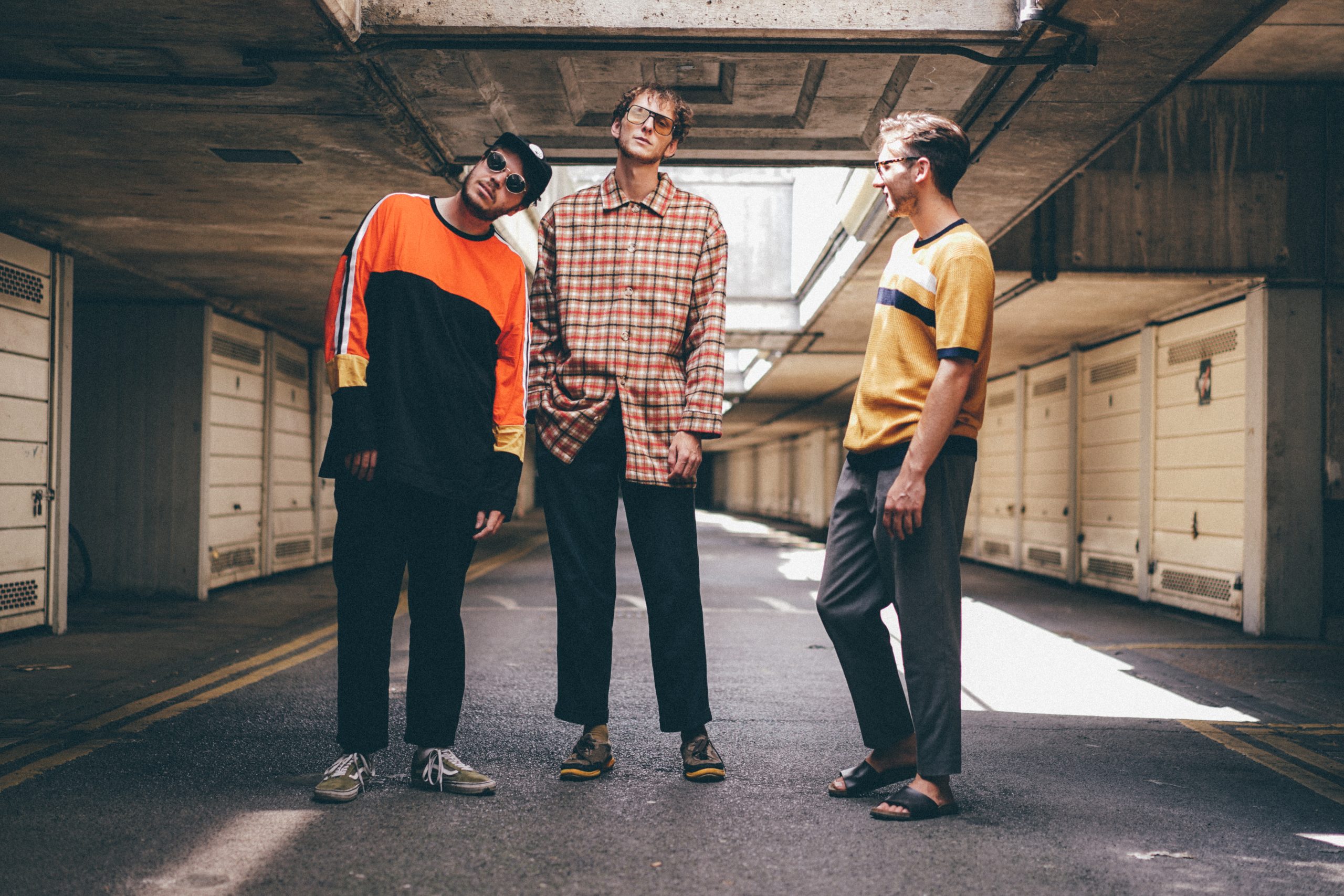 The trio recorded at Kate Bush’s ‘70s studio alongside her nephew, the musician and recording engineer Raven Bush (Syd Arthur) – it wears its prog influences proudly on its sleeve.

To celebrate the release, we asked the band to take us down a highway of their prog highlights… strap in.

Hatfield and The North – Lobster in Cleavage Probe

This is the song that really solidified my adoration for Prog Rock. The delicate intro from the Hohner Pianet, setting the tone for the stunning choral work of the Northettes ending up with this groovy, reflective, winding bass ostinato. The way it exudes this vulnerable sound so majestically, it’s not something Prog is really known for. Often I think listeners expect constant displays of virtuoso musicianship, with a taste-level declining as the tune goes on, but you can find such sweet moments in the genre if you’re listening out for them.

This tune is so fun to listen to! It’s amusing lyrics, warm melodies killer riffs and mega badass 7/8 groove outro never fail to warm my weird little Prog head heart. Camel were my first introduction to Prog, namely the Snow Goose album. I spent hours and hours with my friends rinsing this music on repeat from the age of about 15 and I think it was those times in which I found a much deeper connection to music.

There’s so so much to King Crimson, each album can honestly feel like a different band, but there’s something about the Discipline record that sets it apart from the 70s Prog sound. I feel like they really found uncharted territory on this record, such a powerful and original sound. This tune just sounds like a party to me which is why I’ve included it here, because it represents another side of the Prog rock thing.

Frank Zappa isn’t always connected Prog I suppose but I definitely think certain records can be tied to the genre. This album ‘Apostrophe’ is a total journey. It has such a cool narrative, which is pulled off in such a stylish and confident way. I feel like a concept album is a tough project so when they come off like this, I always appreciate it.

The playing on this tune blows my mind every time I hear it and the outro is a bloody gift from a higher power!

Soft Machine’s sound has influenced the Vels thing quite a lot. I love this particular period of their career. The riffs of Hugh Hopper supporting Mike Ratledge’s effected organ and electric piano musings while Robert Wyatt drums his jazz infused 60s pop beats. The fuzz bass intro to this tune is etched in to my brain for eternity. I love the way the piano growls over it before the melody is introduced on the organ with the call and response of the saxophones. One of my favourites for sure

Gong – I Never Glid Before

This groove is just too much, so playful and stomping with little bursts of manic interjection. I fully love Gong, their tripped out mythologies and cosmic sound worlds just do it for me. The Prog thing is always done best when not taking itself too seriously, in my opinion.

Just a masterclass in epic, extended Prog rock composition. This song goes so many places, the playing is ripping, the vocal melodies are considered and vhooky. There are moments of pulsing 60’s rock, vulnerable and melancholic refrains and a killing riff to ride out on.

Gentle Giant – The Moon is Dovvwn

So this is a band of highly trained individuals. All play at least two instruments in the show, while harmonising and performing through composed, multi genre music that I guess may as well be called Prog. I find Gentle Giant so interesting as there’s so much going on, but the grooves are always so memorable and interesting. Finding such an interesting pocket between them, often made up of fragments that fit together just right to make on unified, gnarly section. This particular tune has my favourite keyboard break of all time in, I reckon.

Funnily enough, the first thing Jack and I bonded over was this band, so we owe them a lot!

Speaking of owing a lot…..

Syd Arthur are a band from my hometown in Canterbury. The influence they had on me and the general community was huge. They played an updated version of the Canterbury sound variety of Prog rock and they did it extremely well. They would put parties in the woods in Kent and curated a stage with my brother at a festival for a few years, often playing coated in oil projections and the whole scene just had such an impact on me.

Syd Arthur is another band that the three of us really connected over.

Another song directly influenced by the Prog thing. I love this short little burst of  jazz rock harmony with staccato hits and a Soft Machine style fuzzed out melody. Always makes me smile to hear these things being referenced 50 years later.